Coffee & Convo with Author of Psychological Thriller STOP ME 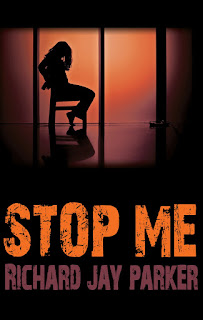 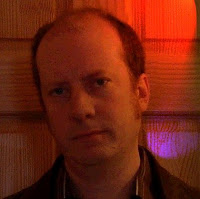 Tell us a little bit about STOP ME.

There’s something unsettling about email chain letters - their provenance and their next destination.  STOP ME begins with an email chain letter from the Vacation Killer.  It describes a girl and must be forwarded.  If it ends up back in the killer’s inbox he won’t slit her throat.  Nobody takes it seriously until the jawbone of a prostitute is sent to the police.  The missing prostitute fits the description in the email.  But the real story of STOP ME is about Leo Sharpe and his journey to find his missing wife, Laura, the tenebrous world of Internet celebrity and his relationship with a man who claims to be her captor.

But as everyone around Leo gives up on Laura ever being found Bookwalter is the only person talking about her in terms of her still being alive.  A bizarre relationship ensues and Bookwalter comes up with the most plausible theory of how she was abducted.

Leo has to decide whether he should accept Bookwalter’s invitation to fly to New Orleans to find out if there’s any truth in what he’s saying.  That’s what the title STOP ME refers to - more than the emails.  It’s about being drawn submissively into something you know you shouldn’t.  It's a story with a major twist and Leo is led down a lot of dark alleys before he finds out what really happened to Laura.

What do you think readers will enjoy most about STOP ME?

A lot of readers have told me that the book wasn't what they were expecting and that is what engaged them the most.  Many readers have said they've finished it in one sitting or had to stay up through the night to read which is probably the best compliment I could receive.

Where can we find STOP ME?

As well as trade and mass market paperback STOP ME will be available for download via Kindle and other ebook formats on June 6th.

For readers who want the book outside the UK:

Book Depository do a great shipping deal - anywhere in the world for free:
http://www.bookdepository.co.uk/book/9780749007072/Stop-Me

For UK readers it's available in and through all good bookshops as well as my publisher who do great discounts for book clubs:
http://www.allisonandbusby.com/

Tell us a little about yourself.

I worked in TV for fifteen years as a scipt writer, script editor and producer before turning my hand to penning dark thrillers.  I was born and live in the UK (near Stonehenge) but love visiting the US which is why I use both countries as a backdrop for the story.

Why did you decide to become an Indie author?

Was very happy to be published by independent publishing house Allison & Busby because of their reputation for quality thriller fiction and the fact that they've been a respected publishing house since the sixties.

Is this your debut novel?

Yes and I was staggered that it was shortlisted for CWA New Blood Dagger Award.

Any future writing plans you wish to share with us?

Have just finished rewriting book 2 which I hope will be out there soon.

Thank you so much for sharing with us today, Richard.


Thank you so much for supporting SAND!

Posted by LiliTufel at 9:21 AM